Managing psoriasis is stressful. Most people don’t understand that when you suffer from psoriasis, you are constantly thinking about it, knowing that some people don’t want to touch you or your surroundings. What if you scratch your psoriasis? How much will it bleed? MG217 is here to help. 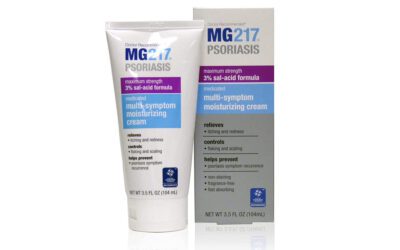 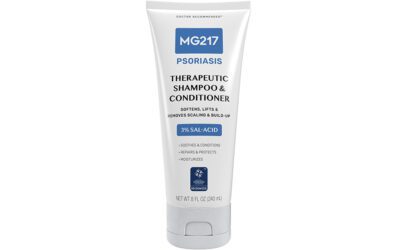 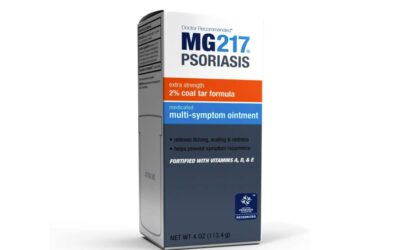 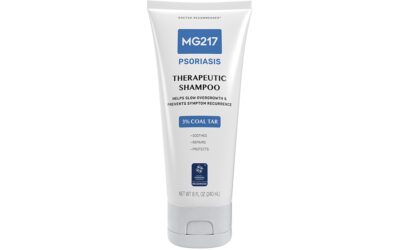 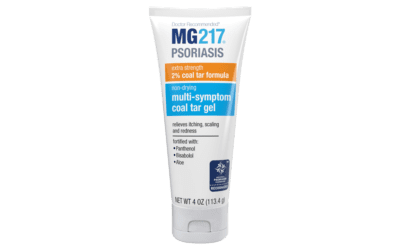 Psoriasis is a chronic, autoimmune disease that appears on the skin. Psoriasis occurs when skin cells quickly rise from their origin below the surface of the skin and pile up on the surface before they have a chance to mature. This happens because the immune system sends out faulty signals that speed up the growth cycle of the skin cells. Normally this turnover takes about a month, but in psoriasis it may occur in only a few days.

What are the severity levels of psoriasis?

People with psoriasis on less than 3% of their body are considered to have a mild case. Those with 3% to 10% of the body affected by psoriasis are considered a moderate case. More than 10% is considered severe. (For reference, the surface area of the hand equals about 1% of the skin.)

For those people who have mild psoriasis – isolated patches on the knees, elbows, scalp, hands and feet – topical treatments, including moisturizers, and over-the-counter, prescription creams, ointments and shampoos are usually sufficient to control the plaques.

Psoriasis is a skin disorder driven by the immune system, especially involving a type of white blood cell called a T cell. Normally, T cells help protect the body against infection and disease. In the case of psoriasis, T cells are put into action by mistake and become so active that they trigger other immune responses, which lead to inflammation and to rapid turnover of skin cells.

In many cases, there is a family history of psoriasis. Researchers have studied a large number of families affected by psoriasis and identified genes linked to the disease. Genes govern every bodily function and determine the inherited traits passed from parent to child.

People with psoriasis may notice that there are times when their skin worsens, called flares, then improves. Conditions that may cause flares are called “triggers” and include infections, stress, and changes in climate that dry the skin. Also, certain medicines, including beta-blockers, which are prescribed for high blood pressure, and lithium may trigger an outbreak or worsen the disease.